The extraordinary exists in small spaces. The environments surrounding us on a daily basis contain reflections of the world as a whole and when we take these surroundings for granted, we lose track of the bits and pieces making up our lives. For the past twenty-five years my photographic goal has been to explore areas that at first seem ordinary, but upon closer inspection, like looking at a bug’s face through a microscope, expose wondrous objects at every turn. Whether it is a hotel room in Fresno, the gutters of New Orleans, a street corner in downtown Chicago, or even one’s own backyard, there are intriguing stories to tell and exceptional designs everywhere I look.

Born in 1951, Tobin Fraley spent his first ten years in Seattle, Washington, growing up around his grandfather’s amusement park. In 1962 the family moved to Berkeley, California where Tobin soon discovered his father’s old 35mm Leica along with an enlarger and a few other bits and pieces of darkroom equipment. The political environment of Berkeley in 1960s offered him a chance to practice with the camera. A number of years later he began to study photography in earnest. While living in New York, Tobin met professional photographer Bill Kane. Bill photographed a great deal of the artwork used by Tobin’s company and shared his knowledge of the technical side of photography. Within a few years, Bill was pushing Tobin to work with the 4”x 5” camera while Bill supervised. In 2000 Tobin and his wife Rachel moved to the Northwest suburbs of Chicago. They currently operate a gallery in downtown Long Grove, IL. He is the author of three books on the history of Carousels, a holiday children’s story titled, A Humbug Christmas and a written and photographic exploration of the Reed-Turner Nature Preserve titled, 36 Acres. In addition Fraley exhibts his photography through local galleries, he is a published poet and he teaches photography at the Chicago Botanic Garden. 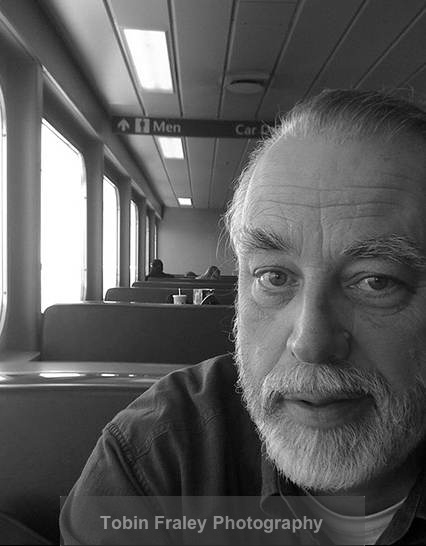